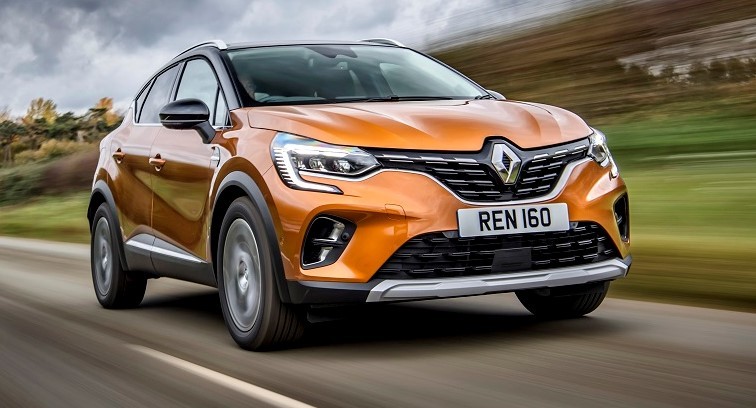 This is the impressive all-new Renault Captur E-Tech plug-in hybrid that is joining the carmaker's growing electrified vehicle range.

It now sits alongside the new Megane E-Tech and the Clio E-Tech hybrid vehicles.

The Captur E-Tech has two electric motors, a 1.6-litre petrol engine and a 9.8kWh battery.

The vehicle has been built on a new platform so the Captur is available new captain is available with diesel, petrol and hybrid choices.

And, Renault points out, the E-Tech powertrain, has been influenced by their DP World F1 team and includes the multi-mode clutchless gearbox for swift changes.

E-Tech plug-in hybrid will top the battery up

The Renault Captur E-Tech plug-in hybrid will top the battery up whenever the car is decelerating or is braking.

The battery offers 30 miles of electric range and is a sound contract hire choice for company car drivers with the 34g/km of emissions delivering a low Benefit-in-Kind (BiK) rate of 10% - and no VED.

The plug-in hybrid will return fuel economy of 188mpg.

The hybrid is available in the S Edition and there's also a unique Launch Edition spec available with enhanced exterior and interiors.

To help make the Renault Captur E-Tech plug-in hybrid an attractive choice, Renault is offering a five-year unlimited mileage warranty for the first two years, and there's an eight-year warranty on the battery.

Since the Captur is Renault's most popular offering in the UK, the new hybrid powertrain will make it even more attractive.

Depending on the model, the equipment list includes adaptive cruise control, a 360-degree camera, traffic and motorway assistance to regulate speed, as well as automatic emergency braking.

For many potential drivers wondering whether to lease the Renault Captur E-Tech plug-in hybrid, then they'll get a car that handles well, has plenty of space and is packed with equipment to make it a great contract hire choice with very low running costs.