BMW X3 and X4 get a refresh

The stylish contract hire BMW X3 has been revamped with more equipment and sportier styling.

The BMW X4 has also undergone a refresh.

Both models see design tweaks to the rear and front sections, with the X3 having its robust sports activity vehicle appearance accentuated.

For the BMW X4, its sports activity coupe outline has also been enhanced.

Both models now feature hybrid technology with a choice of either four- or six-cylinder engines in both model series.

There's more equipment on the new versions including the firm's 'live cockpit professional' that features a 12.3-inch display, along with automatic air-conditioning.

Sport seats have been added to the X3 xLine models and the official launch will take place for the new X3 and X4 in September.

The new models also feature better levels of standard equipment with the interior being significantly revised.

The centre console comes straight from the BMW 4 Series and there's a central, free-standing control display that is easy to use.

The display itself is 12.3-inches in size with a wide range of accessible services.

Leather upholstery is standard, and there's the option of an adaptive fastening system for the boot space. 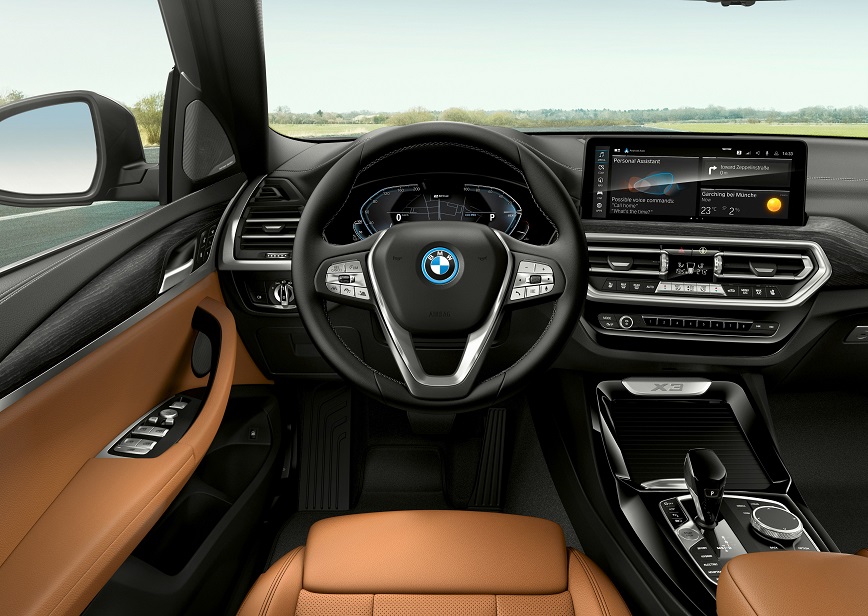 BMW has also introduced three efficient and powerful diesel engines for the new vehicles with the 3.0-litre units producing 286hp and torque of 650Nm.

There's also a more powerful diesel engine for the M Performance models that produces 340hp and torque of 700Nm.

The sprint for this model takes less than five seconds to complete and the top speed of 155 mph is electronically limited.

The plug-in hybrid X3 xDrive30e has a four-cylinder petrol unit and the power from it and the electric motor is sent to all four wheels.

The system delivers 252hp which can be boosted from the electric motor by 40hp.

Its 0 to 62 mph sprint time is 6.1 seconds, and the battery will deliver an all-electric range of 31 miles.

For company car drivers particularly, the hybrid offers fuel economy of up to 141mpg, with emissions of 43g/km.

The new contract hire BMW X3 and the X4 offer great performance and nice styling for what is an increasingly competitive segment.