Hyundai Kona Electric gets a facelift 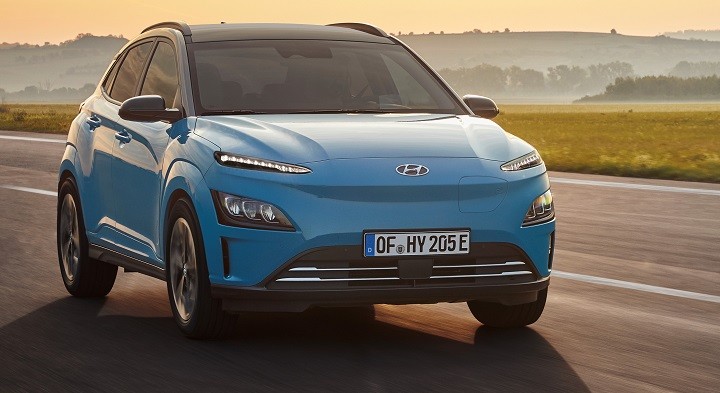 This is the bold new look for the Hyundai Kona Electric and it has also received a range of technology upgrades.

The compact SUV has been a popular car leasing choice with drivers in the UK and the upgrade should strengthen its offering.

The refreshed Hyundai Kona Electric offers a sleek and clean appearance and is now more recognisable while on the road.

There's also an asymmetric charging port on the front which, Hyundai says, makes a strong statement about their belief in driving electric.

The new Kona Electric is slightly longer than the model it replaces, and the contract hire car has a range of new exterior colours.

Onboard, there's a 10.25-inch digital cluster and the option of a 10.25-inch multimedia display which incorporates the firm's ‘Live’ services, as well as being smartphone compatible.

There's also a new Bluelink upgrade so drivers can control aspects of their Kona Electric by using their voice or their smartphone.

The app shows what the Kona Electric range is as well as the charging times when using private or public charging points.

The long-range version of the Kona Electric features a 64 kWh battery and this powers an electric motor to deliver 204 PS.

The basic model has a battery capacity of 39.2 kWh and its motor produces 136 PS.

The range for the larger battery is 300 miles, which is the best in class, while the small battery offers a range of 189 miles.

It helps that to recharge the lithium-ion polymer battery, takes just 47 minutes to reach 80% of charge using a fast charger. Recharging the battery at home can take up to nine hours.

Rear seat passengers will also appreciate the heated seats and there's a row of USB ports for them to use.

The car also features an eCall a system that will contact the emergency services automatically should the vehicle be involved in an accident.