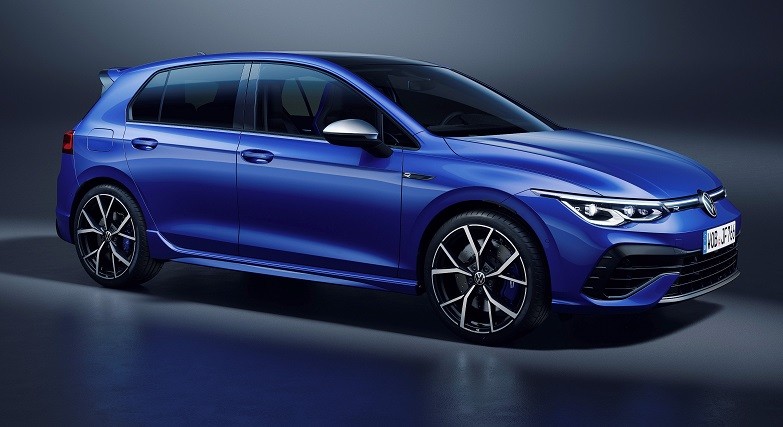 If the standard Golf is not enough for you, then have a look at the new Volkswagen Golf R hot hatch.

With an impressive engine output of 316 bhp, the new Volkswagen Golf R is one of the best hot hatchbacks currently available.

The new Golf R will be available from early next year and follows in the footsteps of the recently launched Golf GTD and GTI, as well as the Golf GTD.

The Golf R is up against strong competition from the likes of the BMW M135i, and the Honda Civic Type R.

Engine for the VW Golf R

The engine for the VW Golf R is a 2.0-litre four-cylinder turbocharged petrol unit.

That's what the predecessor had, but this new version has been retuned to deliver an extra 20 bhp for an impressive 316 bhp.

There's also more torque and the Golf produces 420Nm with the power being delivered using a seven-speed dual clutch gearbox.

The new VW Golf and uses all-wheel drive for drivers to reach 62mph in 4.7 seconds.

The top speed has been electronically limited to 155mph.

Option of the firm’s R-Performance pack

For those who want to go faster, the VW Golf R has the option of the firm’s R-Performance pack which will push the top speed up to 168mph.

The traction control system works with a new torque vectoring system to deliver the grip and control.

The new offering also has a range of driving modes that many drivers will come to know and love.

The VW Golf R is a sound car leasing choice, and the driving modes include the usual ‘race’, ‘sport’ and ‘comfort’, but there's also a new ‘special’ mode.

VW says that this configuration was made for the Nürburgring and it alters the torque vectoring system and dampers to deal with the track’s service.

However, the new ‘drift’ mode is an interesting addition for those who want to perform power slides.

This drift setting will adjust the traction control system, and then send the engine’s power to the rear axle.

It helps that there are very large 18-inch disc brakes on board, along with some ‘R’ badges and body kit to reveal that this is the Golf R.